The Dicta Smith - Unwritten Rules of the Road

Hello, lovers! I haven’t posted in a while and it is my determination to only bring you the best I can out of my feeble brain. Bear with me as I struggle through something well all know and love: Driving.

It was my intention to actually write a book and publish it on this, namely one on Seattle drivers. Who does that anyway? Not I, got no connections! So, I’ll spill my valuable insights on this and look forward what you think of these ideas. Back in the early days of flight, a gentleman German pilot, Hauptmann (Captain) Oswald Boelcke, wrote a short discourse on how to stay alive while being a fighting man in an aircraft. The Dicta Boelcke, it turns out, has stayed relevant from its debut in 1916 through today.

In my brain over a couple decades driving in Seattle I have written what I consider the Dicta Smith. The most difficult part about this for me was trying to constrain myself to only a list of ten items because our traffic, what with its retinue of timid, cell phone (self) obsessed drivers leaves a few more slots to be desired. Yes, Boelcke kept his to 8 but he could never envision the soulless Toyota Camry or various models of Subaru. 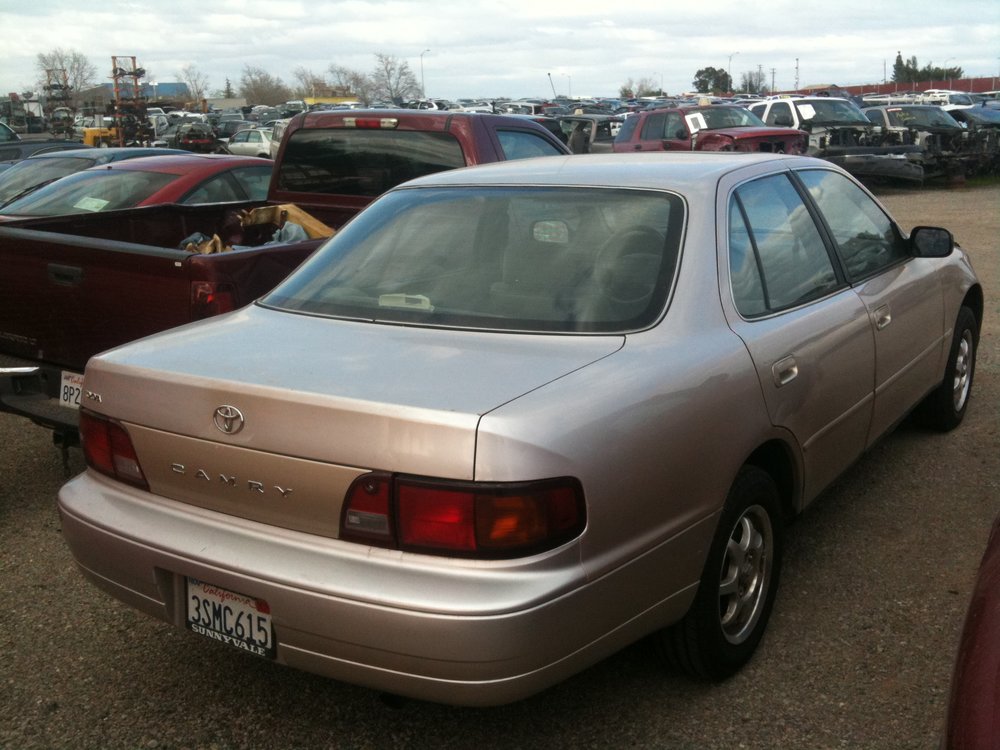 You’ve been stuck here before You’ll notice it now.

With that I present to you the Dicta Smith. I’d love to hear feedback — particularly if you are an apologist or wish to defend any of the behaviors I find road rage inducing.

1. Use your turn signal every time. Adjust and use your mirrors.

Yes, I crammed two obvious items into one section. Listen, you selfish neutron, you are not the only person on the road. Using a turn signal is to allow other accommodating drivers into our world, namely one in which the idea is to keep traffic moving.  If you have no idea how to adjust your mirrors for driving (no, you don’t) you may find me here to explain it.

2. Drive like you are following yourself and you have somewhere to go. Otherwise keep right.

These are not posted in any particular order of importance because if they would be, I’d put this at number one. If you drive and can’t wrap your head around this idea, it is just time to give up and Uber or take the bus. Your contribution to driving culture, hell getting anywhere, just isn’t enough.

3. Yield your lane to a car overtaking you regardless of speed. You're not a safety officer.

In Washington State the law is to keep right except to pass. If someone is overtaking you in your lane, it is not your job to modulate their speed, be a police officer or administer judgement. It is merely to move to the right preferably as soon as you can. Likewise, if you are merely pacing traffic in the left lane, get the heck to the right so you can get back to FaceTiming. We implore you. I suppose you can feebly turn your brights on after the driver goes by to “prove a point” but frankly we’re not looking in our rear view mirrors because we’re driving forward.Here is a list of states and their laws regarding Keep Right. If per chance you look up your state and it does not have one — just help move your people ahead about 80 years and practice doing it now. The way some laws in other states are going you may need to GTFO of yours sooner or later anyway.

4. Do not move into a lane to your left (i.e., cut off another car) unless current velocity allows greater velocity going forward.

Another no brainer. After you’ve adjusted your mirrors correctly (see #1) use the brain the Universe provided you. You are born knowing calculus even if you’ve never taken a class. The same thing that allows you to throw a ball and get even remotely close to your intended target is the same instinct you should use when looking to your left and whether to move into that lane. If your Camry can’t hot foot it enough to get up to speed, simply wait for that car to pass before moving over.You’re not the only car on the road.

5. Honk at people looking down at their cell phones or not paying attention to the road.

Here is where it gets funny because this unwritten rule of road is strictly illegal. With that warning and if you’ve mastered the “love tap” of a car horn by all means shock these people back to the task at hand. Chances are the life you safe may be your own, which on a cosmic scale is worth a few percent more than people who can’t put driving first.

6. If you are first at a green light your only job is to set off as quickly as possible.

This is a rejoinder to #5. There is zero excuse for the first person in line to lose even a tenth of a second to their vanity and cellphone usage. In fact if you’re first in line you must for the sake of the 4th car in line act as if you care that they’re on the road for the same reason as you: to make it to a destination regardless of whose birthday it is on Facebook at the moment.

7. Eject nothing from your car. This includes all substances - littering is of poor character.

This is another holdfast rule from most everywhere I have driven. If your state has a law that states otherwise, I’d love for you to show it to me because I may detour through there on my next road trip just to say I did. That 60s feeling of just tossing a Coke bottle out the window is so bad it must feel good.

8. One ejecting anything from their vehicle is open immediately to retaliation from vehicles behind.

So here in a second instance I have done you wrong again. Just above you see I told you that this is illegal. Well, according the Dicta Smith you may fire if fired upon. Just be smart about it. Maybe a pink eraser or a wadded up paper ball that won’t damage the cigarette flinging Ford F-350. The point of it all is to let the driver know you caught him and that you do not appreciate ash in the cabin of your clean machine.To tie it all together: Check your mirror before overtaking, avert your eyes completely from your Galaxy 10, reach for your nonlethal projectable and make your righteous move. Aim for center mass (the hood or the windshield) as they are both built to take much worse than you’re dishing out.The target driver will be apoplectic that you’d dare to live up to his standards of littering and auto bombing but I think, especially here, if good old Boelcke were here today he just may understand the fight fire with fire method. Of course, he’d prefer that you turn into the enemy but we do not have that third dimension he had in the sky. Playing chicken over a cigarette butt in your car is hardly sport. Also, even if you fail to overtake the attacker you can seek solace in the fact you have kept one less cigarette butt off the ground. They are well known bird killers and we all know only sick children should be shooting those birds with their BB guns.

9. It is never possible to know too much about what is going on around you.

This would be a trick question to anyone after Generation Z. Upon reading this I imagine an agglomeration of millennials reaching straight to their phones to determine how far above sea level they are. No, no, no. It is easier than that! Head up, over the dash and out the windows! Look left, then right, then left again and take a look at who may be crossing the street. Look to see where the Toyota Prius overdrove the stop line and is half blocking a direction and refusing to back up. You’ve now just armed yourself to navigate this intersection!

10. While using a horn in a non-emergency is illegal most places, publicly shaming a poor/inattentive driver is worth the risk.

I was going to tie this in with cell phone shaming but cell phone use is an epidemic that hurts all of us so I gave that a stand alone (remember, just one or two *love taps* to shock those flouting everyone’s time and the law). If you do it correctly they may not even know who exactly honked at them or believe it was just a sound on their hip hop.

Number Ten, however, lends itself to what I call “laying on the horn” type action. Again, this is illegal but still stands as an unwritten rule for a reason. I once traumatized a driver by laying on my horn for a good 3 minutes after she nearly wrecked our cars. Three minutes is just a bit less than Van Halen’s Panama which, come to think of it, is about driving too. At first she was quite flippant but I assure you after 3 minutes of getting on the onramp, merging and driving at 60MPH for another minute this person may very well may be being treated for PTSD still today.

If risking Car Horn Induced Traumatic Stress Disorder (CHITSD) is used properly, there is the smallest of chances that if someone finds they missed their turn, next time they will simply take the next exit, spend 60 seconds and circling back rather than risk swapping paint.

So there we go, fellow motorists. How have you sinned recently? What are you doing to do to change your evil ways?

As always thanks for reading.